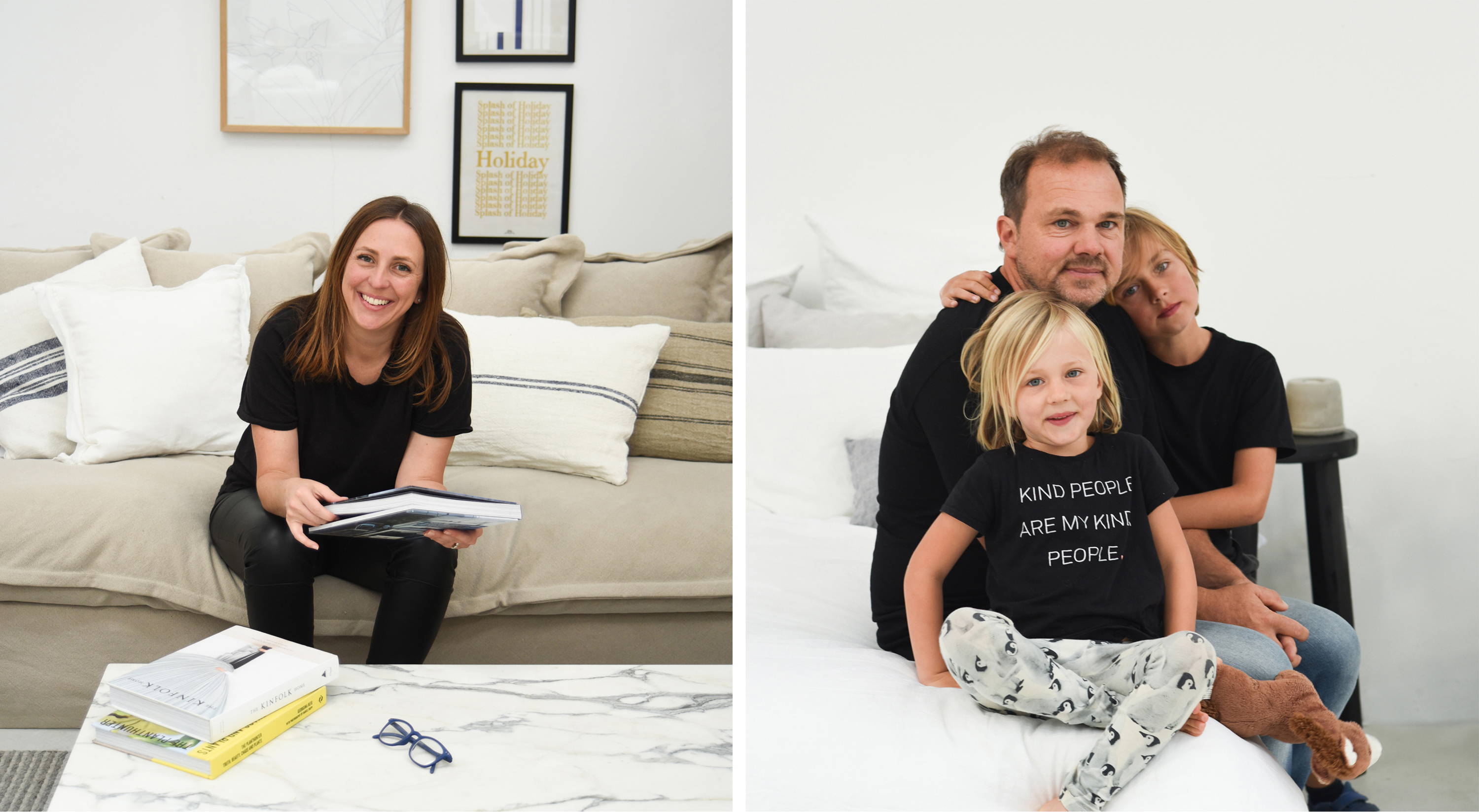 Father Rabbit is the alter ego of Claudia Zinzan and Nick Hutchinson. He was realised when Claudia and Nick’s first son was shiny and new and Claudia was taking some time out from her career as an Interior Designer. Then followed six months of careful planning under the watchful eye of the pedantic rabbit, and Father Rabbit’s online store was open for trading in December 2010. When the business grew enough Nick pulled away from his career in the film industry and now runs the wholesale side of the business (Best Abroad).

As the Father Rabbit business grew, so did his domain within the family home. Initially operating out of a rabbit sized corner in the living room, he then took over the front half of the family's Grey Lynn split villa and threw his doors open to welcome shoppers and visitors alike to his Open House.

Eventually Father Rabbit had to move on from this space too and you can now find him sharing his time between four Auckland retail stores. He’s equally at home amongst the modern polished concrete floors of BLOC as he is within the heritage surroundings of the store at Jervois Road, Herne Bay. Father Rabbit and his wares sit beautifully in these contrasting environs and are a testament to the timelessness of his carefully curated selection of products.

Claudia heads up the buying and creative direction at Father Rabbit. They have developed beautiful ranges of linen, stationery, apparel and candles. Father Rabbit is based in Auckland and employs about 28 staff. Claudia and Nick and the team take great pride in the presentation and merchandising of their stores and the staff behind Father Rabbit's exceptional service. Our head office is in Morningside, Auckland and Claudia and Nick work together day to day in the business with the head office team.

With this growth and expansion it’s been more important than ever to adhere to Father Rabbit’s Way Of Doing. While the stores are (almost) always meticulous, at home it’s often another story. At times they will measure up to Father Rabbit’s exacting standards, and it’s at these moments when Claudia and Nick are at their happiest.Those fleeting moments when the books are in order, the beds are made, the garden weeded and the clutter cleared away. The cupboards are as organised inside as they are pristine white and free of little kiddy-sized finger marks on the outside. Then there are the times when chaos creeps in and there’s not enough time in the day to achieve the virtuous rabbit’s tick of approval… oh well, tomorrow is a new day.